Murge, a precious geologic testament.
Murge is a sub-region in Puglia, with its own characteristics. It is a very composite area made up of three different parts: Murge Salentine, the central part of Salento, Murge Tarantine, last layer of the South Appenines, and Murge Baresi, divided in "high murgia" at N/W and "low murgia" at S/E. The National Park of Alta Murgia is located at North of Bari. This is an untouched area where nature can express itself wildly and where a new idea of eco-friendly tourism is promoted. The protected area presents many different habitats, from coppice to evergreen bushes. Worth mentioning the many archaeological sites and the karstic formations: Pulo in Altamura, a huge karstic plateau, numerous caves and many other interesting rock formations. This upland is a huge "lime scale plateau", which has given origin in the years to caves, holes, ponds and many other fascinating formations. In other words, a precious geologic testament to fiercely preserve and protect.
The Emperor's abode
Castel del Monte, a majestic building located on the hills of Murgia Andreana, is a UNESCO world heritage site since 1996. Its octagonal shape is a must-see architectural masterpiece. Built in obedience to Frederick II will, it lets in the sun's rays from each corner to create a stunning spectacle of lights.
Standing on a hill at 540 meters above sea level, about 20 kilometres away from Andria (BA), this majestic fortress made it to the World Heritage List of UNESCO. This is the main castle built and commissioned by Frederick II. He is an extraordinary, multifaceted and fascinating character, around which many myths and legends have been constructed. The origin of the building is officially dated back on January 29, 1240, when Frederick II Hohenstaufen ordered to Riccardo Montefuscolo, Chief of Captains, to prepare all the materials needed to build a castle next to the church of S. Maria del Monte (which went lost). This date, however, is not widely accepted, as according to some historicists, the construction of the castle on that date had already reached the roofs. Also uncertain is the attribution to one architect: some historicists attribute the work to Richard da Lentini, but many others argue that it was Frederick II in person to design the building. It seems that it was built on the ruins of an earlier Lombard and Norman fortress. Probably, at the death of Frederick II (in 1250) the building was not yet finished. The castle rarely hosted ceremonies, but in 1246 the wedding of Violante, Frederick and Bianca Lancia's daughter with the Count of Caserta Riccardo Sanseverino, took place in this charming location.
Placed on top of a hill, the castle was visible from a distance and it was source of admiration and amazement (and perhaps fear) for Frederick's subjects, allies and enemies. Due to its position and shape, sunrays lighted up the entire hill at all hours of the day, enhancing the uniform and yet changing shapes and colours of the castle. The presence of fireplaces and bathrooms on both floors, the rich refinements, and the impressive sculptural repertoire suggest a residential use.
With its octagonal shape, its sixteen rooms and a widely interesting sculptural repertoire, Castel del Monte is a masterpiece of medieval architecture, which expresses the complex personality of Frederick II, a man of education, full of energy, with a spirit of tolerance and a strong sense of justice.

Gargano, heaven on earth on the Spur of Italy.
Gargano, also known as the Spur of Italy, is an Italian sub-region who is named after the promontory situated in the North part of Puglia, on the West side of Foggia. It is completely surrounded by the Adriatic Sea, except on the West side, where it borders on the Tavoliere. The National Park of Gargano is located in this area too.

Discovering a territory through its culture and art is a wonderful experience. And Puglia offers infinite stories about people, places and traditions that just wait to be told. 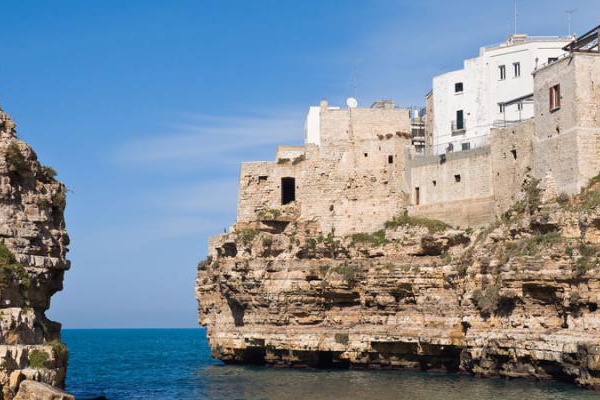 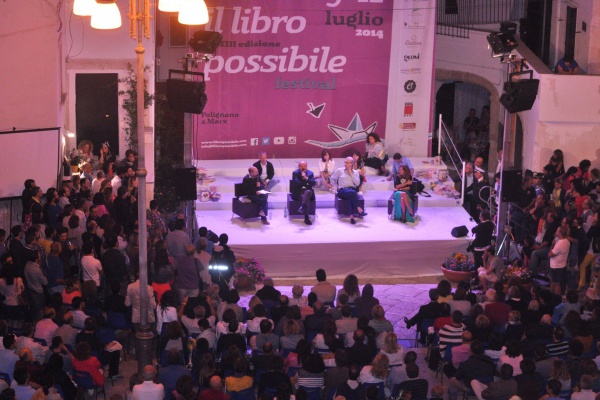 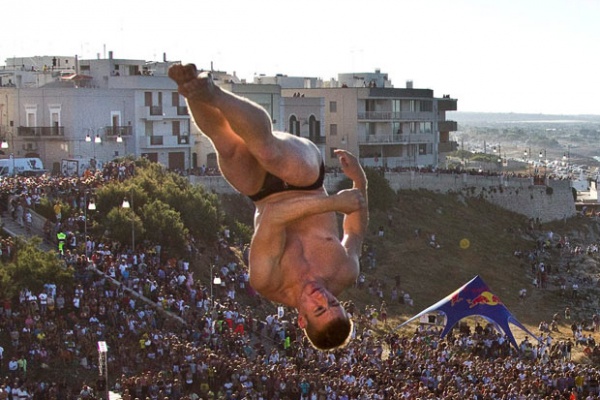 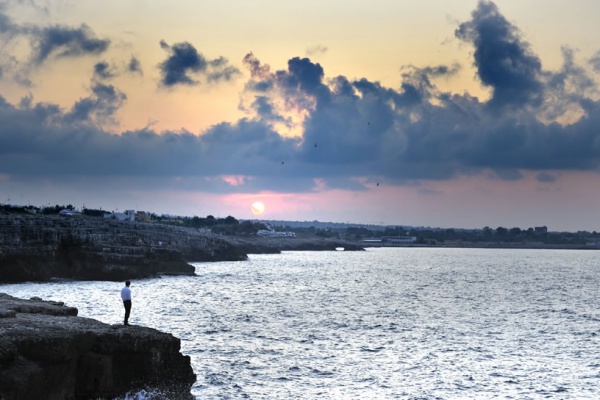 OstuniYou cannot describe Ostuni, you simply have to be there and live it. The stunning white colour of its houses shines even in the darkest of the nights. Wander around… 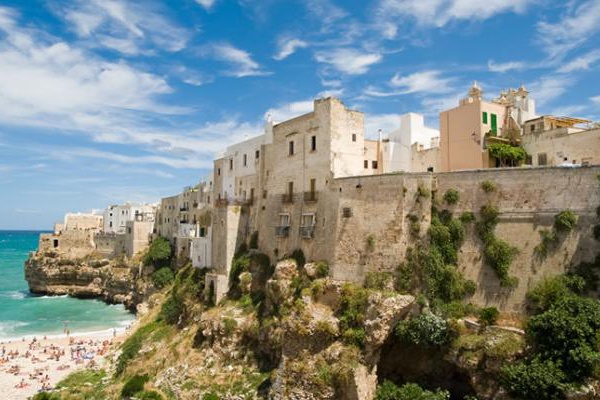 Polignano a Mare is a unique town, well known worldwide for its stunning cliff overlooking the sea. Farming and fishing are the main local sources of income. Its charming old town has many narrow white alleys…